Moving once a year can be frustrating, but traveling therapists often go through the moving process every 13 weeks. Having to pack and unpack your life every three months or so can be a challenging part of working as a travel therapist.

Luckily, there are many hacks that can make packing and unpacking faster and easier. Check these out next time you move for an assignment:

Lists are your best friend when it comes to managing a move – they corral lots of important information so it’s not all bouncing around your head! Have a master moving checklist that contains everything you need to do to carry out your move successfully, from renting a moving truck to having your mail forwarded.

END_OF_DOCUMENT_TOKEN_TO_BE_REPLACED

We thought Shark Week was the perfect time to highlight the states across the U.S. where Shark viewing is at its finest. If you’ve ever wanted to get closer to this incredible animal, consider a travel contract in one of the following states where an exciting shark adventure is waiting for you.

If you want to dive with with these great fish, Rhode Island is actually a great place to live and experience this adventure. Joe Rameiro, a Shark Week cinematographer, told USA Today that both mako sharks and blue sharks pass through the waters off of New England during summer and fall. He reported that it’s one of the few locations in the world that divers can encounter these types.

It’s not uncommon for popular beaches to be closed due to sightings of large sharks close to shore in the southern part of the state. San Diego or La Jolla are great choices for a planned shark diving excursion. Or if you’re in Northern California, San Francisco’s chilly waters offer a perfect habitat for great whites. Don’t worry, you don’t have to get in the water to see sharks in California. The Golden State is home to the Monterey Bay Aquarium, one of the premier aquariums in the world. The facility is home to a number of shark species, including blacktip reef sharks, broadnose sevengill sharks, leopard sharks, white sharks and many more.

If you’re looking for a less intense shark experience, you may want to consider working and living in Georgia. Atlanta is home to the Georgia Aquarium, which is the second best aquarium in the world, and the top in the U.S., according to Trip Advisor.  The facility features 10 million gallons of water filled with a variety of sea creatures, including whale sharks, which are the largest living fish species.

However, if you really have your heart set on swimming with sharks, the aquarium does offer guests the opportunity to get in the water. The Journey with Gentle Giants program is the only opportunity in the world that guarantees you the chance to swim with these gigantic fish. The two and a half hour experience costs $235.95 for non-members.

If you needed another reason to live in the tropical paradise that is Hawaii, sharks could be it. This island state is the only one in the U.S. entirely surrounded by water, which makes your access to sharks convenient from just about any location. However, the North Shore may be your best bet.

“Hawaii is known for its beautiful beaches and big waves, but it’s also known for its amazing shark-diving action with Galapagos sharks,” Andy Casagrande IV, a Shark Week cinematographer, said in an interview with USA Today. “These feisty sharks congregate in the deep blue waters off the North Shore of Oahu and can be found mixing it up with sandbar sharks and tiger sharks. Tourists can view these awesome sharks from the safety of a shark cage and watch as they glide past.”

Only Alaska has more coastline than Florida. The Sunshine State is a great location for people looking to get up close and personal with marine life.According to the University of Florida’s Florida Sea Grant program, common sharks in the state’s waters include the blacktip shark, sandbar shark, spinner shark, nurse shark, scalloped hammerhead shark, bonnethead shark and sharpnose shark.

Another advantage of living in Florida is that you’re just a short flight away from Caribbean islands such as the Bahamas and Fiji, which have numerous world-known spots for diving with sharks.

According to Conde Nast Traveler, North Carolina should be on your shark diving bucket list. The magazine recommended diving in Wilmington, where you can see the wreckage of the Papoose, a tanker that was sunk by a German submarine in 1942. Sand tiger sharks can regularly be seen swimming around the sunken ship, making it an ideal diving spot if you’re hoping to swim with these sea creatures. 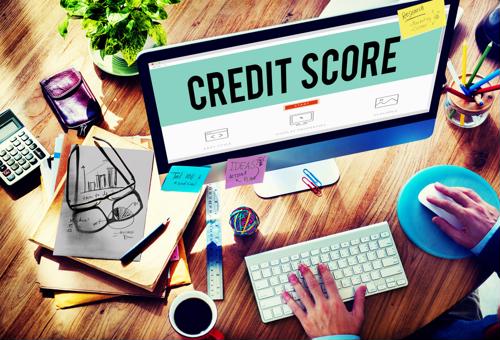 Money matters: These days, it seems everybody has them. Not least of which travel therapists, who often find that saving and spending smart can be a little more difficult when you’re trying to make a life in a new place while dealing with a busy schedule.

1. Get a view of your spending

The first step to improving your budgeting is getting a sense of how and what you’re spending each month. So often people can think that they’re not dedicating that much money to their regular lattes from the local coffee shop, only to find that this spending habit adds up to nearly $100 out of their pockets each month.

Tracking your spending in a journal is one way to do this, but a better – and easier – method is to enlist the help of technology. Budgeting apps can be a godsend in managing your money. Here are some apps to try:

Mint
Considered a major player in the budget apps space, Mint makes seeing how you spend your money each month super simple. Colorful pie charts show you how much you spend on groceries, coffees, social events and work-related activities, which can help you make some surprising discoveries about where your money is going.

Mvelopes
Mvelopes slogan is “Don’t just track your spending. Fix it,” and the app lives up to its motto by pairing a spending tracker with a learning center rich with financial resources and the option to work with a personal finance trainer.

Albert
Consider Albert your finance concierge, offering tips and tricks on how you can more effectively spend and save. It not only analyzes your spending with alarming accuracy but compares your current habits to what you should be doing to meet your goals.

“Be aware of your credit and improve it when necessary.”

2. Be empowered about your credit

You can pay cash for a fancy new apartment, but if your credit is bad, you might get turned down. Being aware of your credit and improving it when necessary is an important part of managing your money well. Unfortunately, however, misconceptions about credit abound – for example, many people erroneously think that it costs money to check your credit score, when it’s actually free and you can check your score as many times as you want.

Credit Karma is a great site to join that’s free and breaks down your credit report in an easy-to-understand way.

3. Identify ways to save

Once you have a clearer understanding of where your money is going each month, you can look for ways to save. Where you save depends on your budget needs and what you personally feel is most worth spending your money on.

Little hacks can help you save. For example, if regular coffee runs are eating up too much of your budget, invest in a French press and make your coffee at home more often. Meal prepping is another area where you can often cut costs – scan the weekly flyers before you head to the grocery store and buy ingredients in bulk – they last longer and the price point is often lower. A little planning can help you save more, too. You can make a big batch of lunches and dinners on Sunday evening and then bring individual portions to work throughout the week to save on the costs of take-out or hitting up the drive-thru.

Make a goal if you’re dreaming of a vacation, a new car or to pay off your student loans by X percent. Coming up with a goal – and writing it down – significantly increases the chance that you’ll actually achieve your objective. Create a specific timeframe for your goal, and the tangible steps that will need to be taken each month or week to stay on track.

Saving money as a travel therapist can be tough, but it is possible The tips above can help you get a better handle on your budget to achieve your financial goals and reduce stress.

If you’re a travel therapist working in Florida who’s craving some adventure, kayaking the Keys overnight will deliver. Kayaking is already a popular pastime in the Keys, but paddling after dark turns the experience into an unforgettably magical experience.

The Florida Keys are made up of 1,700 islands that are surprisingly easy – and quick – to reach via kayak.

As Captain Tom Ashley, who works for the Little Palm Island Resort & Spa, told The New York Times, “Out here, you can see water in five different shades of blue. But often the only way to reach that water is in a kayak.”
END_OF_DOCUMENT_TOKEN_TO_BE_REPLACED

When working as a Traveling Physical Therapist, it can be a big decision to choose which part of the country you want to travel to. Making a new home, even if it’s a temporary one, is an undertaking, and it can help smooth the transition if you’re happy with your choice.

One way to ease anxieties about the move is to consider working in cities that have high demand for therapists. Not only is this quality good for your sense of job security, it can also mean you’ll have an easier time meeting fellow therapists who can become new friends.

To help you in your search, here are four cities where Physical Therapists are needed and where they can enjoy a high quality of life.